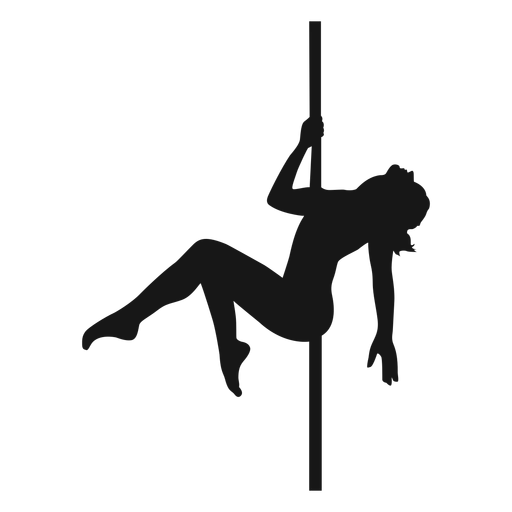 Dance Fitness offers many services that do not appear on the schedule.    Our areas of expertise include:

Most women think they are not "strong enough" to pole dance, or they say they do not have enough arm strength.  We have a curriculum of 8 levels, and the instruction is sequenced to build on each level.

An hour of pole dancing can burn 400-1000 calories at least while strengthening every single muscle in the body!  Do you want to lose weight without feeling like you worked out? Do you want to feel empowered, self-confident, and fit?!

Sign up to hear from us about upcoming workshops and special events.

In 2007, Briana, a.k.a. Bri, helped launch THE FIRST and most successful Pole Fitness program in Atlanta at Dance 411 Studios, where she taught various classes until 2012. Simultaneously, she also worked for Dance 411’s sister agency Bloc South performing on stage, in music videos, and in movies. (Refer to her bio for more credits).

However, she continually received requests from potential clients in Fayette county, Coweta county, Henry county, Spalding county, Alabama, and more (!) asking her to teach classes closer to their homes - south of the Perimeter.  The rest is history!

Dance Fitness was born in 2012 when professional dancer and songwriter, Briana MacDowell, decided to make new and edgy classes available to people south of Downtown Atlanta.

Dance Fitness provides affordable, local classes for the southern suburbs of Atlanta. We cater to everyday working women (and men, depending on the classes) as well as other professional performers from the area. Our Pole Fitness classes give a combination workout of Yoga, Pilates, and Cross Fit, with a more feminine feel and softer movements.

Briana MacDowell has been dancing since 1987.  Her early years of dance training consisted of traditional dance genres and classes such as: ballet, tap, jazz, and gymnastics.

By middle school, Bri joined the cheerleading squad, but she noticed that she enjoyed the dancing more than the cheering.

Briana also joined the middle school's chorus and she played clarinet in the school band. Likewise she joined the Cross Country Team.

On top of all of that, throughout middle school, Bri began acting training.  She attended classes after school and on the weekends with a company called the Atlanta Workshop Players (AWP).  She attended the AWP Performing Arts Summer Camps for three years.  Those experiences "changed my life and my life's purpose, forever," she says.

Then, in the fall of Bri's freshman year of high school, she joined the reigning state champion dance team, and they maintained the State Champion title all four years.

Likewise, the International Thespian Society inducted Bri as a member during her Freshman year of high school, and she participated in the school's theater all four years.

Moreover, Briana is a quintuple threat talent!  She began writing songs at age 7, and by the time she graduated high school, she had hundreds, possibly thousands, of songs and poems filling up countless notebooks.  Bri became "Bri Da Mac", which is her first, middle, and last name abbreviated - Briana Danielle MacDowell.

Bri Da Mac began recording her first demo in 2003, soon after, she began performing her songs on stage at numerous Open Mic nights around Atlanta, including the famous Apache Cafe.  In 2005, Whitney Houston came in one night for a brief visit.  She stayed just long enough to watch and listen to Bri perform a political activism themed song, which she performed acapella as spoken word.  During the first verse, Houston jumped out of her chair and came right up to the front of the stage, just a foot or two from Bri. Whitney Houston acted as Bri da Mac's "hypeman" as she cheered her on and gave a standing ovation throughout the whole song.

By 2006, Bri Da Mac completed her first album, of which she also composed the music for half of the songs. She had a few connections in the industry, and she started getting offers for her next project as well as other artists wanting to get her on their songs.

At this point, Bri knew that she wanted to dance more on stage while performing her own music; Aaliyah was her biggest inspiration at the time.  Next, she searched for a dance studio OUTSIDE OF PEACHTREE CITY because she wanted "real hip-hop" and more multi-cultural genres of dance classes, yet she said, "Peachtree City and surrounding cities 'Hip-hop' classes are a joke! They are actually teaching jazz and cheerleader-ish choreography, but they are labeling it 'Hip-hop!'"  These people are all classically trained, which is a great thing, but they have NO experience with nor historical knowledge of  nor the ability to teach the ART of Hip-hop, Breakdancing, Popping and Locking, ATL Crank, Dancehall Reggae, Belly Dance, Latin Styles such as Salsa, Meringue, Mambo, Cha-Cha, African, and the list goes on and on . . .

Bri Da Mac had died and gone to HEAVEN when she discovered Dance 411 Studios, off of Moreland Avenue in East Atlanta!   They had EVERYTHING she had been looking for and so much more than she could have ever imagined!  "Dance 411 changed my LIFE, my CAREER, and my FUTURE in the best ways conceivable!"  Bri says.  Not only did she get 6 days a week of classes that she's been looking for her entire life, but the friendships and connections that she established were invaluable.  Since she "lived" at Dance 411 now, she met her soul sister, Zaria, who was there just as often and for all the same classes.  Zaria, who is one of the absolute BEST dancers on the planet Earth, inspired, motivated and most importantly, believed in Bri and her music career!  She was undeniably supportive, which was just what Briana needed at that time, with every open door that seemed to be "THE" big break, slamming in her face at pivital moments.

Bri developed many more close relationships with other dancers from the studio, like Chi-Chi, who had just choreographed and danced in the Crime Mob hit single, “Knuck if You Buck”; thereafter, meeting Torwa Joe, another dance and fitness instructor, who became Zaria and Bri’s biggest mentor, “Dance Mom,” role model, trainer, booking agent, boss, and even their best friend. In the matter of months, Bri Da Mac had the best of the best choreographers, dancers, and full stage production in Atlanta’s underground music scene. Given that Bri studied Aaliyah’s career, and knew every bit of choreography from every one of her music videos, she always dreamed of working with Aaliyah’s choreographer, Fatima Robinson. Dance 411 also made that dream a reality since one of the two owners of Dance 411, Nefertiti, who ran the agency Bloc South, is Fatima’s sister.

Next, Joe brought the VERY FIRST POLE DANCING CLASS TO ATLANTA IN 2007! Zaria and Briana decided to try it, since they always tried EVERY class that Dance 411 offered. When both the young ladies pole skills outshined the other 40 women in their first class, Joe took notice. After the second pole class, Joe proposed a deal to the dance duo. She needed major help because she was starting this class from scratch, and she was extremely overwhelmed due to the exponential success of the pole classes. She offered to train the besties, to become certified Pole Instructors, for free, and we would instantaneously begin teaching classes, privates, assisting her with pole assembly before and after classes, and booking performance gigs! She never told a lie. We hit the ground running, and this random pole class developed into a full-time career, in just the blink of an eye!

Bri was featured in Creative Loafing in 2009 for her pole dancing classes. See the article:

ALL the ladies LOVE our signature Private Dance Parties!   ----->

Good Feedback is the Key to Improvement

The Dance Fitness Team values constructive criticism as much as we love positive feedback!

We will reply to your message as soon as possible.  If not soon enough for you, or your issue/inquiry is urgent, please call or text 770.361.0425.

"We all need people who give us feedback.  That's how we improve." -Bill Gates